A few days ago, Sonya Chung posted this great essay on The Millions about being a teacher of creative writing and about the uncertainty that’s inherent to the writing life.

She mentions a recent visit from author Jennifer Egan, who confessed to being an unconscious writer. The first drafts of her novels are written by hand on legal pads. The handwriting is illegible. She doesn’t consciously think about craft at this stage. She just goes, and because she’s writing by hand instead of on the computer, she doesn’t fiddle with what she’s written. It’s only after she’s hand-written a full draft that she goes back and revises and shapes and crafts and starts thinking and making choices. 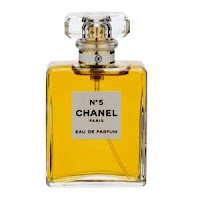 Chung says one of her students raised her hand asked Egan about what sort of goals she sets, given her largely unconscious way of writing.

“Five pages, she said. Every day I aim for five pages. It doesn’t matter how much time I spend, I could sit for three hours and not get any pages. I’m after the pages.” I saw a number of students scribbling in their notebooks. I thought I heard a collective exhale of relief. Five pages. Something concrete, something quantifiable.”

It’s worth pointing out that a NaNo participant is doing the same thing as Jennifer Egan. Some proceed with a plan, some without, but still, they’re just trying to get pages done every day. Not five, but six pages down every single day during the month of November.
The next time I hear someone criticize NaNo, I’m going to tell them that Jennifer Egan is a NaNo writer, too. And I’m going to tell them to read this passionate, articulate defense, too.
Egan’s not an official NaNo Novelist, of course. She doesn’t sign up on the website or get a widget. She doesn’t need external reinforcement and the behavioral rewards system. Maybe she did once upon a time, who knows? She’s come up with her own regimen, which she self-enforces.
[Which begs the question “Does writing performed with the aid of constraints or rewards make said writing less valid than writing performed without those aids?” I’ll address that issue soon.]

My students are very resistant to the idea of writing a shitty first draft, to letting their unconscious minds run amok. They say to me, “I respect novels too much to write something crappy.” Or “I had three hours to write new pages today, and all I did was fiddle with what I wrote yesterday. I can’t stop myself.” Or “It’s just embarrassing to me to know that I have written all these crappy sentences. Eventually, I will have to fix those crappy sentences, so why not now?”
All their lives, they’ve had to write, tinker, turn in, get a grade. The rhythm of the semester demands that a messy first draft needs to quickly become a polished final draft. It’s interesting to me that even though I’ve said to them over and over again, “You’re not required to turn that messy first draft into a polished final draft. So just write. I’m not grading this.” But the impulse to “revise as you write” is so well ingrained they want to do it anyway. Some days, I have to forcibly tell them to stop it.
[Could it be that it’s the “credentialed writers” especially, those who emerge from writing programs, who have the most difficulty moving from short stories to novels? I’ll address that issue soon, too.]
For now, I’m going to tell my students about Jennifer Egan’s process. Five–or six–pages every day.
Teaching